From conducting research from a large pool of former Little Brothers, this study has proven that major societal and economic value arises from Big Brothers mentoring programs. The study was designed to audit the financial return to society from Big Brothers, finding that every dollar invested generates a return of $23 hard dollars to society. +Read More 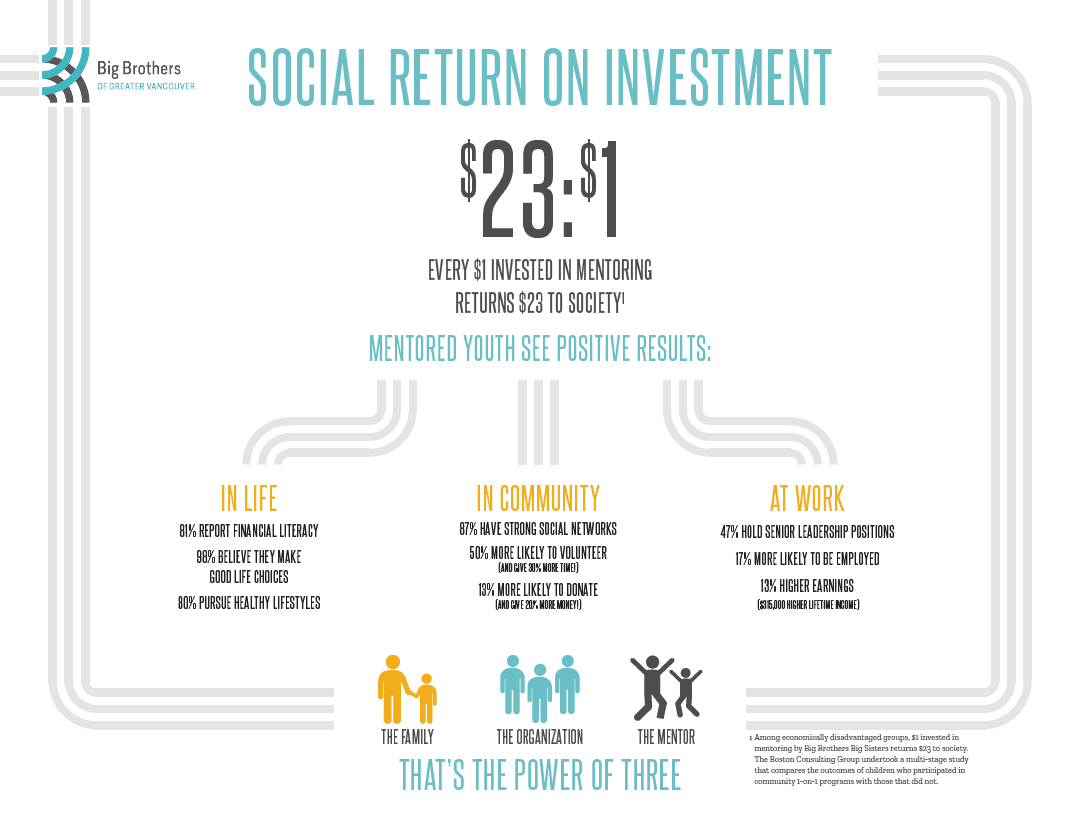 As part of Big Brothers Big Sisters of Canada’s centennial anniversary, a 5-year study has been released to show the benefits of boys being matched with Big Brothers. Some of the key findings are that boys with a Big Brother are three times less likely than boys without a mentor to suffer peer pressure related anxiety. Additionally, they are also two times less likely than non-mentored boys to develop negative conducts like bullying, fighting, lying, cheating, losing their temper, or expressing anger. +Read More

This study provides an in-depth examination of close and enduring formal mentoring relationships between adolescent boys and adult men. The findings of this study suggest that close and enduring male mentoring relationships have the potential to provide adolescent boys with models for less constricting and conventional forms of masculinity, particularly with regard to emotional disclosures and expression. +Read More

Big Brothers Big Sisters Canada (BBBSC) acknowledges that rural and remote areas of the country are often challenged to replicate urban operations. A survey was distributed in 2019 to learn about their experiences in delivering site-based, school-based, and community-based core programs. This report is an analysis of the 33 responses received and provides insights into the unmet needs for services and key challenges; what is working well and what is not in terms of the current service delivery model and practice framework. This survey resulted in a variety of strategies that BBBSC will test and pilot in the next phase of this project. +Read More