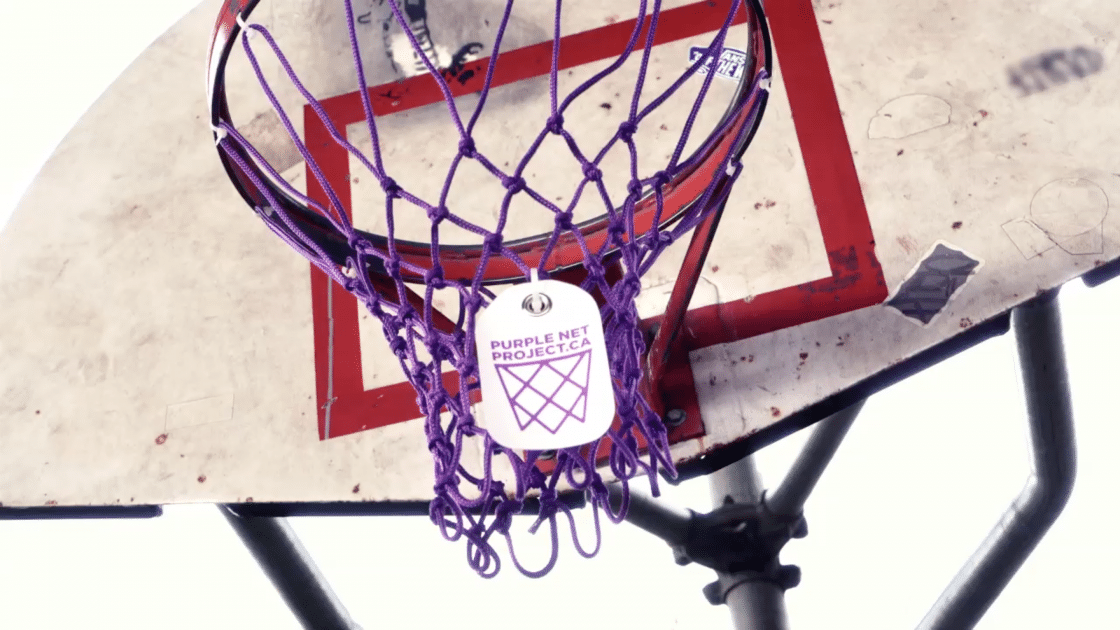 VANCOUVER, BC — As excitement for March Madness ramps up, Big Brothers of Greater Vancouver is launching the Purple Net Project; an initiative that connects Big and Little Brothers through basketball.

Based on a symbolic connection between basketball hoops without nets and kids without positive role models, the campaign raises awareness for Big Brothers’ need of volunteers in Greater Vancouver. In total, 100 nets will be hung across various communities, one net for each child who is waiting for a Big Brother. Those who step up to volunteer will be given a net to hang with their new Little Brother.

“There is currently a two-year wait list of children in areas like Surrey, the Tri-Cities, and Richmond – most of whom have been waiting so long that they are at risk of never being able to get a Big Brother at all,” says Valerie Lambert, Executive Director at Big Brothers of Greater Vancouver. “These children are in their formative years, and could really benefit from a Big Brother as they go through adolescence. The goal of the Purple Net Project is to show that the role of a Big Brother isn’t a daunting one. Doing simple activities like shooting hoops and learning to solve problems, like how to hang a net together, is all it takes. But the connections built through the program have a life-changing impact on both Big and Little Brothers alike.”

The story has been brought to life as a 30 second spot on TSN GO and YouTube Pre-Roll, and an online 60 spot on Big Brothers of Greater Vancouver’s social channels, released to coincide with the beginning of the NCAA’s March Madness basketball tournament.

Adults looking to make a difference can sign up to become a Big Brother and visit purplenetproject.ca. To date, 100 purple nets have been sent out across the city, and with the support of #SwishinMission will soon hang like flags as a symbol of the relationships formed through Big Brothers.

ABOUT BIG BROTHERS OF GREATER VANCOUVER

The Big Brothers of Greater Vancouver mentoring program provides boys with a positive male role model and a friend to talk to and share the experiences of growing up with. Through regular outings, a friendship is developed between the Big and Little Brother, that is built on trust and common interests.  The result is a life-changing experience for both the mentor and the mentee. Big Brothers proudly operates across the Lower Mainland and the Sea to Sky Corridor, and has volunteer opportunities for all genders.

Media Inquiries and requests to interview the charity and/or a Big and Little Brother: