I met my Little Brother Matthew* in 2014, so we are close to the three year mark of me being his Big Brother. When I first started volunteering, like with any new experience, there was a bit of awkwardness. We had a lot in common, which helped us initially in deciding what activities to do together, but it was really our sense of mutual respect and understanding that steered our friendship to develop more organically into a sense of connectedness.

Our relationship has grown significantly over the years. Spending time with him doesn’t feel like an act of duty; we enjoy each other’s company. Thanks to the generosity of individuals and corporations who donate to Big Brothers, Matthew and I have tried lots of fun and adventurous activities. We’ve watched the Canucks, the Whitecaps, and the Vancouver Canadians. One of our favourites is the annual sailing event and barbecue. Matthew is also really into Japanese anime and manga, so we’ve been to anime and tech conventions.

There was one time that we volunteered together at a non-profit bicycle repair centre. Every year we make it our goal to bike around Stanley Park at least once in the summer. I wanted Matthew to experience the satisfaction of working with tools and one’s own hands, and to my surprise, a kid who spends most of his free time playing video games actually enjoyed getting his hands dirty repairing bikes that were in the shop that day. He took apart an entire bike by himself. Our hands were covered with all sorts of grease and dirt by the end of it but luckily, they had heavy-duty soap for that, and we grabbed pizza afterwards. That’s my favourite memory of us together.

I’ve seen quite a bit of change in Matthew, partly because he is at an age where there is a lot of change. But I am glad to say that the changes in him have been very positive and character-building. He is definitely more confident in his ability to express himself and take leadership. Just the other day, he told me how he doesn’t get many opportunities to express emotions because he spends most of his free time in front of a computer or TV screen. But with me, he has become more open over time and will talk about almost anything that is on his mind or about topics that interest me. It’s nice to see him learning to compromise and to know that we are making good strides in solidifying our bond as Big and Little.

When I first started volunteering, I didn’t know that I would find the experience so rewarding, but looking back, I am definitely grateful to my mentors – my parents, the authors of great memoirs and autobiographies that have shaped me – I would be quite lost without them. The poet Javan once wrote, “I don’t wish to be everything to everyone, but something to someone.” That idea has always resonated with me and motivates me to keep building my friendship with Matthew.

For any of you who are considering volunteering or donating to Big Brothers, my advice is to “just do it!” but be weary of altruism, it’s quite contagious!

There are children in the Lower Mainland who are waiting for a Big Brother/Big Buddy mentor right now. Learn more about different volunteer opportunities including one-to-one, in-school, and group mentoring programs. You can also donate to help recruit, screen, and train more volunteers.

*Name has been changed for the safety and privacy of children and youth whom we serve. 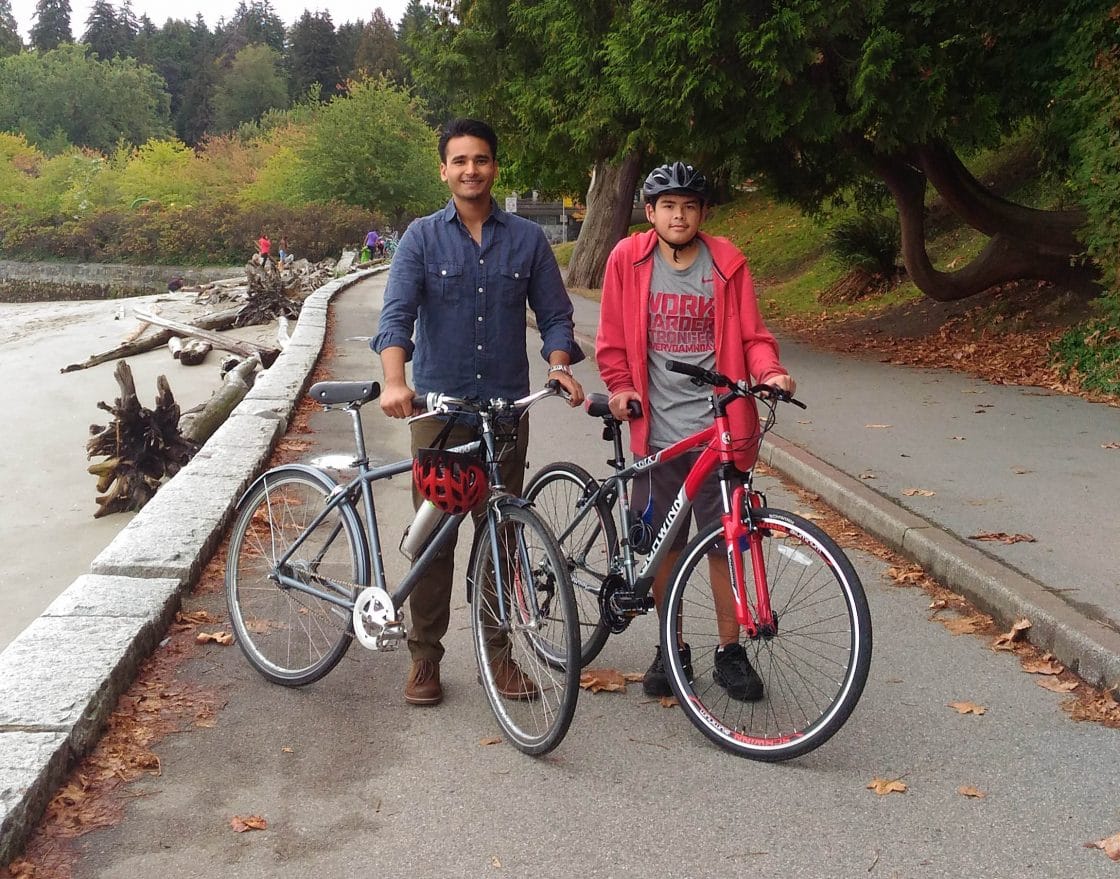 I don’t wish to be everything to everyone, but something to someone. – Javan