Sergeant Neil Kennedy started volunteering as a Big Buddy mentor to Peter* late in the school year. With only four months before Peter was set to graduate from elementary school, Sergeant Kennedy didn’t expect that his weekly presence would make much of a difference in Peter’s life. Boy, was he surprised.

During Peter’s grade seven school assembly, each student had a rose to give to one person in the audience who had supported them through elementary school. When it was Peter’s turn, he walked off of the stage – past his mom and dad – and marched right up to his Big Buddy of four months. Sergeant Kennedy was choking back tears at this point – Peter always seemed to enjoy their weekly visits playing games and hanging out, but Sergeant Kennedy had no idea how much Peter cared…until this point.

It was at the assembly that Peter’s teacher, mom, and aunt all told Sergeant Kennedy how much positive change they had seen in Peter. Since meeting his Big Buddy, Peter’s self-confidence grew; he was like “a whole new person” because he finally believed in himself. All Peter needed – and all many kids today need – is a bit of extra encouragement and a consistent role model. Peter’s family is so thankful that he will be starting high school with this new outlook.

Learn more about how you can volunteer or donate to support children in your community.

*Name has been changed to protect the privacy and confidentiality of children and youth whom we serve. 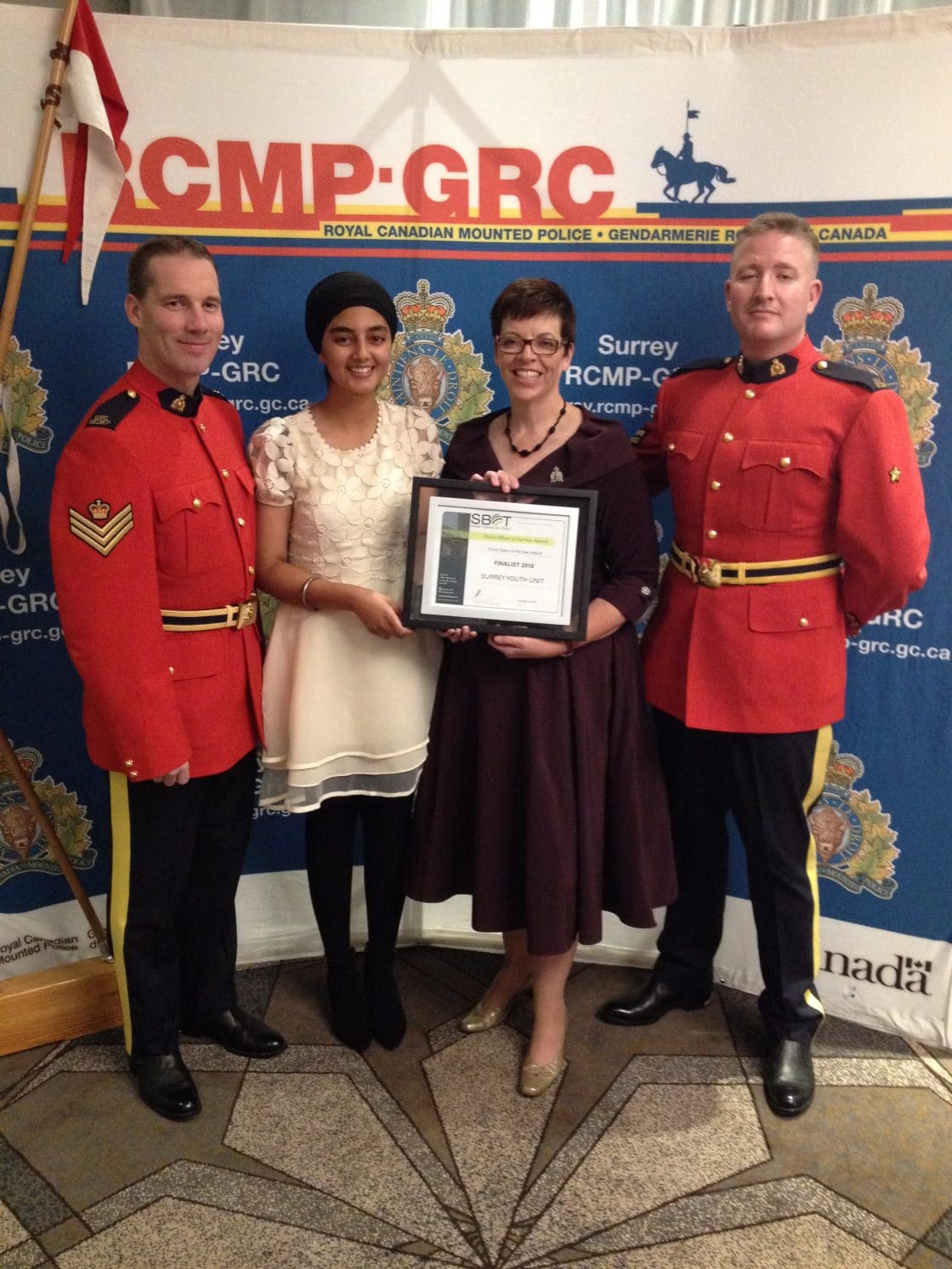 Big Buddy Neil Kennedy was named as a finalist for the Surrey Police Officer of the Year award in 2016.