Co-founder of Big Brothers of Vancouver, Murray Goldman, is remembered with great fondness at the child mentoring agency that opened almost 50 years ago to serve boys throughout Greater Vancouver. The prominent men’s retail clothier had an incredibly interesting life.

Born in Poland in 1920, Goldman’s family moved to Montreal when he was three-years old and he dropped out of school at a young age, contributing to his family’s income through becoming a salesman, while developing a growing interest in fashion. After a stint in the army, where he joined the Canadian Army Boxing Team, Murray moved to Vancouver and took a job in the Hudson Bay Company. 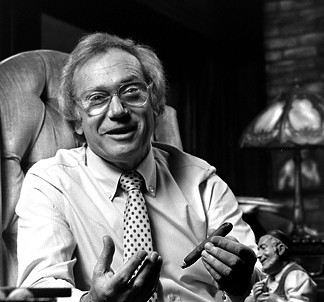 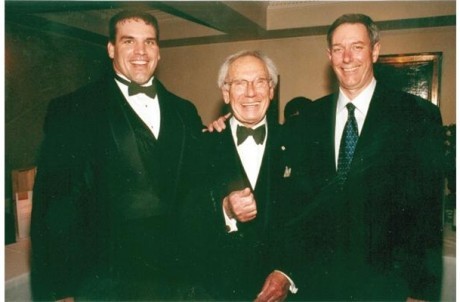 He would become a household name throughout Greater Vancouver by selling his personality and unique sense of humor in advertisements for his suits and retail stores. By the mid 1960s, Murray was voted Vancouver’s most popular radio host, having his own comedy show on CKNW. Then Executive Director Donald Waring joked that he would agree to buy a suit from him in exchange for his participation. After laying a foundation for BBGV in 1957, Goldman became a Big Brother himself and encouraged others to apply as well, promising a suit to each and every applicant.  He remained active with BBGV to his final day with an honourary annual award created in his name.

The legacy of friendship left by Goldman is unparalleled.  His part in co-founding Big Brothers of Greater Vancouver and making it a household name in the Lower Mainland has translated to thousands of children being matched with positive adult mentors.