In this inspiring interview, we sat down with one of our Big Brothers, Jordan, who’s been involved with our charity for over 2 years. Jordan and his Little Brother, Noah sparked their friendship through a love of basketball, which Jordan introduced to Noah when they were initially matched together.

Jordan and Noah typically have a consistent routine of what they like to do together, predictably, basketball followed by their favourite local pizza shop. This Big and Little Brother match is proof that being a mentor doesn’t have to be an elaborate, complex relationship – it’s merely a coming together of mutual interests and bringing out the best in each other. Today, Noah is a part of his school basketball team, which he’s (rightly so) proud of, and grateful for. Jordan is acutely aware of the saying “you’re the sum of the 5 people you spend the majority of your time with”, and he feels at ease knowing that Noah has met a positive, driven group of friends through his school team.

One of the primary motivations that Jordan had when applying to become a Big Brother was his older cousin that he grew up with, whom he “idolized in every way.” His cousin was a fantastic role model for him, and Jordan also admits that he had a great support network, which he’s incredibly grateful for, and he ultimately felt that he had a responsibility to give back some of the positivity he benefitted from as a child.

Because Jordan has been through the first year of volunteering, and he’s built a strong foundation with his friendship to Noah, we allow the opportunity for Big and Little Brothers to meet a minimum of once a month. With that being said, Jordan still commits to his once a week routine seeing Noah, as he looks at mentoring something he actively wants to do, as opposed to needing to out of obligation. “Health is wealth, and the secret to living is giving” according to Jordan, and he’s embodying that mantra truthfully in his life.

This interview was inspiring, and reassuring experience for us, that Big Brothers provides genuine value to our local community through friendships seen between people like Jordan and Noah. Jordan finished the interview by mentioning that he feels like an extended part of Noah’s family and that Jordan’s family feels the same to Noah.

We hope that if you’ve made it to the end of this interview, you feel inspired to learn more stepping up as a Big Brother here. 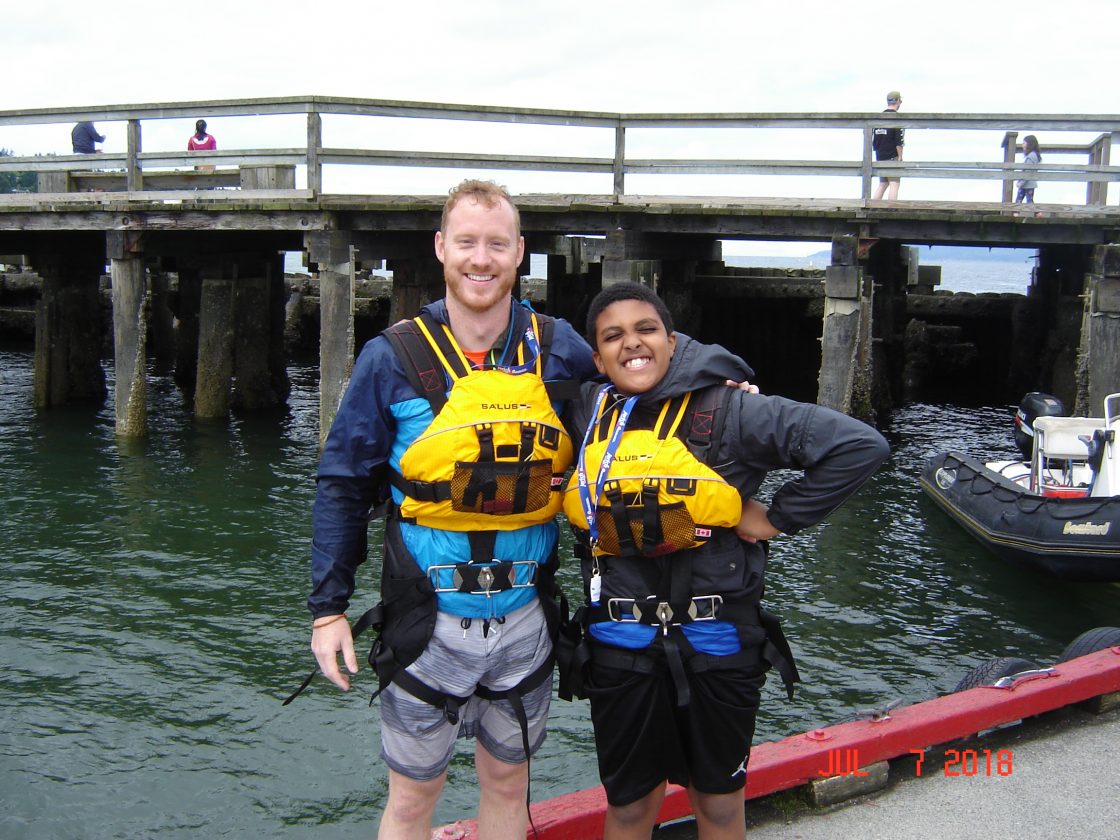