Last year, Steve watched his Little Brother Chris graduate high school; and then felt the bitter-sweet combination of pride and sadness as the young man he had mentored for 10 years headed off to college.

Their story began in 2005, when 7-year-old Chris was matched with Steve through Big Brothers of Greater Vancouver. Big Brother Steve recalls their first outing at the Bloedel Floral Conservatory: “I remember Chris being quite shy. He was more passive and reserved when he was younger. But we were both excited to have fun and learn about one another.”

Chris and Steve did a lot of outdoor activities in their first few months of being matched, including visiting the aquarium, taking walks around nearby parks and going to sports games. These outings allowed for the two to form a strong bond, as they steadily developed an understanding of one another’s personalities.

Steve is Type A, always striving for success and focused on meeting his goals. Chris, now 18-years-old, has a calm demeanor and is still more reserved. Chris smiles as he remembers his surprise when his Big Brother broke into loud singing at their first sports game. But Chris notes he has adopted some of Steve’s positive traits, “Steve has demonstrated the importance of having a strong work ethic and getting involved in the community.” Steve greatly appreciates how compassionate Chris is, and how skilled he is at listening. Merging their diverse personalities has perhaps been one of the biggest factors contributing to the success of their match.

A decade of friendship has included many pivotal life moments for this Big and Little Brother. Chris met Steve’s girlfriend a few years into their match, and years later attended their wedding with his Mom. This, along with seeing Chris graduate, was one of Steve’s most special memories of the friendship; in fact had Chris been a little bit older, Steve believes he would have been a fantastic best man.

Big and Little Brother at the 2010 Winter Olympics

Steve is proud to observe that Chris has developed a number of hobbies in recent years. For example, through attending a Big Brothers event, Chris has become very interested in editing and producing music. Steve supports his Little Brother’s interests, and always encourages Chris to explore new foods, sports and activities that stimulate his creativity. Chris has particularly taken to Ultimate Frisbee, which he now competes in regularly.

After ten years as a Big & Little Brother match, Steve and Chris graduated from the program in 2015. Having spent a decade together, the two will of course two continue to see each other, especially for holidays and special occasions. Experiencing empty nest syndrome is in some ways a good lesson for when Steve’s own children are ready for college or university. He and his wife look forward to welcoming a baby later this year. And with that, an opportunity for Chris to now become the Big Brother for a change!

If you have been inspired by Chris and Steve’s story and would like to learn more about the Big Brothers program, please call 604.876.2447 x 236 or apply online at bigbrothersvancouver.com. 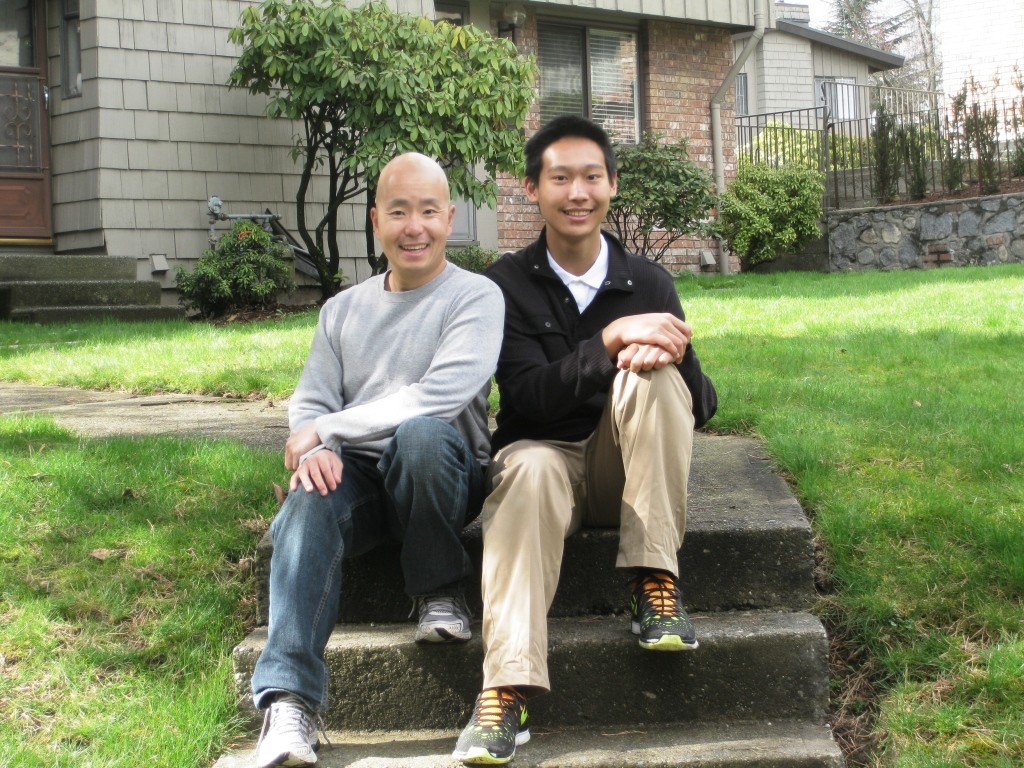 “Steve has demonstrated the importance of having a strong work ethic and getting involved in the community” – Chris, Little Brother.