When Francis Ho stepped into the Canadian Western Bank (CWB) Vancouver office for his job interview, something on the wall caught his eye – a drawing done by a child. The framed drawing was a modest ‘Thank You’ from Big Brothers and Big Sisters recognizing CWB’s ongoing support of the charity through its Greater Interest GIC campaign. Last year, CWB raised over $23,000 for Big Brothers of Greater Vancouver and has donated more than $2 million to children’s charities since 2008. “I saw the artwork and I thought, ‘This is a cool company. This is a good sign,” says Francis, who volunteered for 12 years as a Big Brother in Alberta.

When he was only 18, Francis became the youngest Big Brother mentor in Canada at the time. His “Little Brother” Kam* was only 6 and lived with his grandparents due to some difficult family circumstances. But Francis was up for the challenge. After all, he had been mentored all of his life by his greatest inspiration – his father.

“Throughout my life, my father – in my eyes, one of the greatest men in the world – he always volunteered and helped others,” explains Francis. “He involved my brothers, my sisters, and I in volunteer activities so we could start being of service early on. We helped with anything and everything, and so watching him, he just modeled that behavior for me.”

Francis recalls how his family and their community banded together to help the Vietnamese immigrants that arrived in Canada by boat in the 1970s. “I still remember cleaning and donating toys to them. Our community bought a house for them [in Alberta]. It was a modest house but we filled it up with stuff.”

For Francis, now a father of five children, volunteering as a mentor to a child in need was a perfect fit. “What inspired me even more, as the years went on, was that Kam* just became part of our family. He would call my mom and dad ‘grandma’ and ‘grandpa,’” says Francis fondly.

Francis and Kam shared many great moments together but Francis beams with pride when he talks about the strides that Kam made in school. “He had some learning challenges and there wasn’t the level of support that we now have in the school system [for children with learning disabilities]. So he became frustrated and acted out and was labelled as ‘the bad kid.’”

“But one day, he finally figured out basic math. He came home with a report card or a math test and he came over and said, ‘I want you to have this.’ I still remember that. I think I still have it at my Dad’s [place]. It was a C+. He was a D or F student normally. He said, ‘Thank you. I wanted you to have this –my highest mark in my life.’”

Sadly, Francis and Kam lost touch after they officially ended their 12-year Big/Little Brother match. Even after almost 20 years, Francis still occasionally tries to look up his Little Brother on social media but to no avail. “It would be a thrill to connect with him again. I want to be able to tell him how much he did for me. He’s helped me become a better dad.”

A BIG thank you to Canadian Western Bank.  Through their 2015 Greater Interest GIC campaign, they donated over 400, 000 to Big Brothers Big Sisters agencies across Canada.  We’re so grateful for their support for our mentoring programs and are thankful to have such a great partner.  Read more on our partnership here. 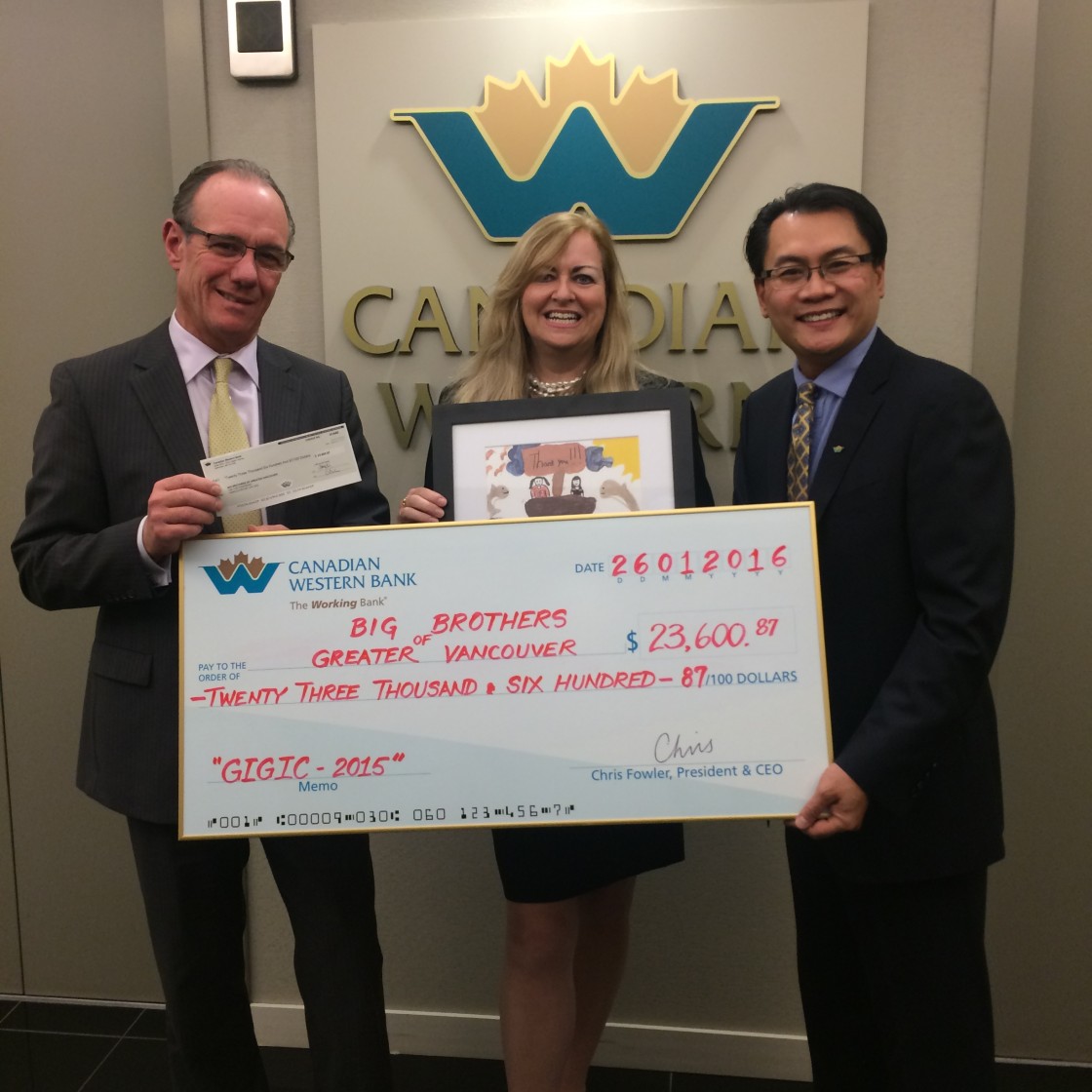 “When he was only 18, Francis became the youngest Big Brother mentor in Canada at the time.”