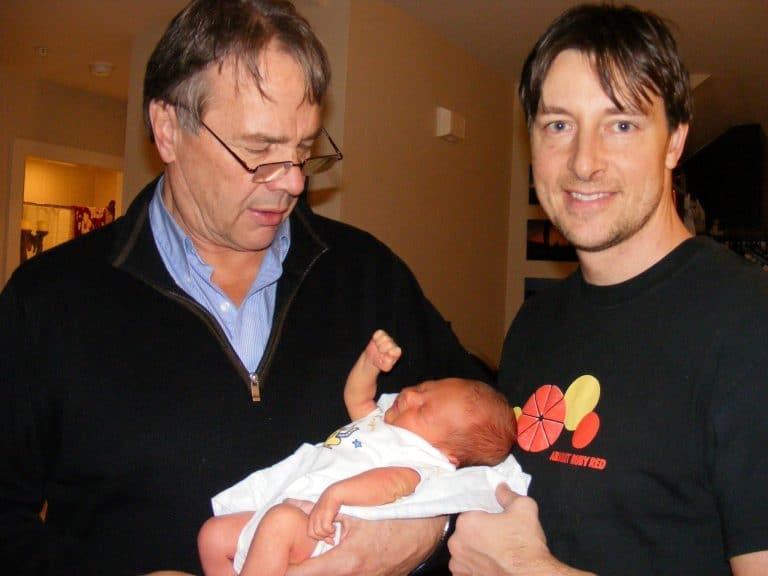 Big Brother Jim Timms (left) has stayed by Little Brother Scott Young’s (right) side for almost 40 years. He has watched Scott grow up into a successful entrepreneur and father.

Even four decades after their first meeting, if you ask Scott Young how long he was matched with his Big Brother, he answers assuredly, “We’re still matched.”

Scott, now 47, was introduced to his Big Brother Jim Timms in 1977. They graduated from the Big Brothers program in 1987 but their friendship remains as strong as it has ever been.

“I was just over at his house the other day actually,” says Scott. “We talk a couple times a month. He sometimes comes out to watch my son’s [sports] games, just like he did for me.” Scott even chose “James” (Jim’s legal name) as his son’s middle name.

Scott recalls how much it meant to him as a child to see Jim cheering him on at his soccer games. “Even if it was early and cold and wet outside, I could look out and smile at him like ‘look at me!’” Today, Scott is a world-renowned flair bartender and successful entrepreneur who is about to launch his second business. “[Jim] has been such a role model to me. He got me involved in volunteerism…[and] showed me how to be a good person.” Jim continues to serve as a volunteer Board Member for Big Brothers of Greater Vancouver Clothing Donation.

Today, giving back to the community is not only a priority for Scott, he is also passing on these values to his own son Wyatt. Scott and Wyatt started an initiative last year called Kindness Bookmarks, a free project for kids to spread kindness in their community.

“I can’t repay Jim but I can pay it forward. Hopefully, I’ve lived a life of good, of trying to help people.”

You can support life-long friendships for children today who are waiting for a Big Brother mentor in Greater Vancouver. Volunteer, refer a friend, or donate today.

“I can’t repay Jim but I can pay it forward. Hopefully, I’ve lived a life of good, of trying to help people.” – Scott, former Little Brother