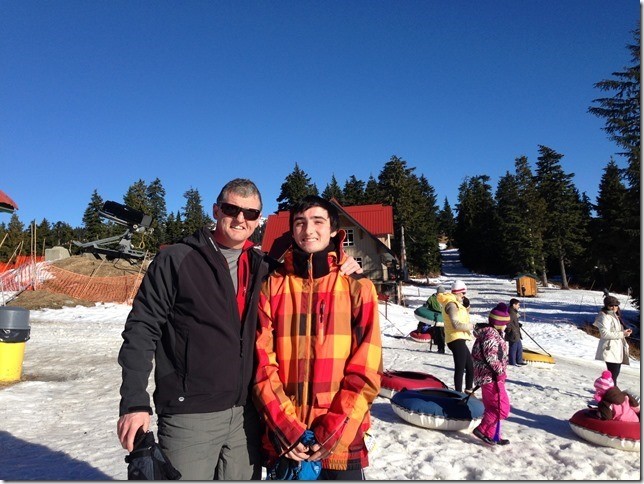 I first met Alex a year ago even before I started working at Big Brothers of Greater Vancouver. I was volunteering at an SFU Career Fair at the Big Brothers and Big Sisters booth. Even though we were there to recruit volunteers, many of the students who stopped by our table seemed a bit timid – perhaps from the residual nerves of being in a networking environment. Then Alex came by. He was grinning from ear to ear.

“I had a Big Brother growing up and it was so awesome,” he explained. “He’s just the best.” Alex’s mom enrolled him in the Big Brothers program when he was nine years old. Alex and his Big Brother Kieran graduated from the program eight years later. They still keep in regular contact.

“I’m not old enough to volunteer yet but as soon as I am, I’m going to do it!” said Alex, a full-time SFU student. “I want to be there for a kid the way that Kieran was there for me.”

Alex’s enthusiasm was so infectious that pretty soon, my booth mate and I were grinning too. He even started telling other students at our table how wonderful and life-changing the Big Brothers program is. As we chatted some more about all of the fun activities that Alex had shared in with his Big Brother – ball games, sailing, learning to play the guitar – we realized that Alex was, in fact, old enough to volunteer with Big Brothers.

The grin on his face grew even wider.

Fast forward one year and Alex is now a seasoned Big Buddy in the In-School Mentoring Program at Big Brothers. He spends one hour a week visiting his Little Buddy Aidan* at Aidan’s elementary school. That one hour of Aidan’s school week is set aside to give him some quality time to spend with Alex – an older friend that he can trust and talk to. Together, they play sports or games, hang out, and chat. “I showed him how to play the ukulele,” says Alex. “He wasn’t interested,” he adds with a laugh.

But Alex isn’t bothered that Aidan doesn’t share his love for the ukulele, because Alex knows first-hand that having a Big Brother or Big Buddy is about so much more than that.

Learn more about how you can volunteer or donate to provide mentors to local children.