“I really like the values that Big Brothers subtly passes on through the relationships: consistency, responsibility, respect, friendship, trust.”

When Bill Crow moved to Vancouver from Ottawa, he had to say goodbye to his first Little Brother. “I told him I was going to have to leave, and he wasn’t saying anything. And I told him that the Big Brothers organization could find him another Big Brother. He looked up at me and said, ‘I already got a Big Brother.’ I still cry when I tell that,” says Bill, tearing up as he relates the memory. He is still in touch with his first Little Brother, who is now an engineer with kids of his own.

Bill’s experience as a Big led him to apply to be a Big Brother again when he got to Vancouver, and he was matched with 10-year-old Shaun, whose father had recently moved out of the country. “Shaun was really sensitive, it was a really hard time,” recalls Shaun’s mom, Barbara. Having volunteered as a Big Sister in university, Barbara knew about the Big Brothers program and signed up both her sons – Shaun and his 7-year-old brother, Devon – for Big Brothers. She felt that it was very important for her kids to have positive male role models and didn’t want those relationships to come from someone she was dating. “I wanted it to be their own relationship with someone who has really good values and really is concentrating on them,” she says.

“Shaun was very tentative – he wasn’t rude or anything but it would’ve been a challenge for Bill to crack through that tentativeness. But he really needed that; he really was struggling,” says Barbara.

Bill confirms that things got off to a slow start with Shaun. “I remember Shawn being a quiet, solemn little kid. It was really tough – he wasn’t mean or anything, he wasn’t lashing out, he just didn’t say anything; he was really quiet…He’s 3 years older and he took the fact that his father left much harder than his little brother. He was just really mad at the world and not happy at all. A few times I’d go over there and he’d hardly say anything; you’d ask him some questions and nothing was coming out.”

“But just like it was supposed to, we got more comfortable with each other and after a while, we hit it off. We hung out once a week without fail for probably 8 years.”

In their first two years together, Bill and Shaun sometimes spent time with Devon and his Big Brother, playing tennis or other sports together. When Devon’s Big Brother had to quit volunteering, Bill stepped up. “He just sort of adopted Devon, too,” laughs Barbara. Even after the boys’ father moved back to Canada and became part of their lives again, Bill continued his relationship with Shaun and Devon.

Neither Bill nor Barbara remembers how or when their tradition of Halloween pumpkin carving began. “Bill’s an artist and he loves doing that. It was probably just Halloween rolling around and we were going to carve the pumpkins, so we probably made it one of the once-a-week nights,” she says.

For Bill, pumpkin carving has been a highlight of his time with his Littles. Shaun and Devon were always excited about it, and they quickly picked up on Bill’s artistic ability and used their own competitive nature to make more and more elaborate designs. “They just blossomed,” says Bill, “and their styles are not like mine at all, if you saw the 3 pumpkins you could pick out who did which one every year…We always line up the 3, take a picture of them, lit and everything.”

“Several years ago when they’re men, I’m saying ‘Guys, you know you don’t have to do this’ and they’re going ‘Are you kidding?’ They make me do it, they will not miss it, and they call me now and say ‘When are we doing it?’” Bill says with a laugh.

Their tradition still continues after more than two decades! “It doesn’t seem as if they have any intention of giving it up,” Barbara confirms, noting that all three are fiercely competitive.

Looking at this life-long friendship, Barbara is happy her sons had a Big Brother like Bill. “I really like the values that Big Brothers subtly passes on through the relationships: consistency, responsibility, respect, friendship, trust. It’s a great organization.” Barbara has shown her support for Big Brothers by donating both used clothing and funds, and is volunteering to teach resume writing skills to our Youth Leadership participants.

“The kids are 33 and 36 now,” says Barbara proudly. “Shawn’s got his own production company, he’s a videographer; Devon is a corporate executive. They turned out well – good job, Bill.”

For his part, Bill is grateful to have been a part of Shaun and Devon’s lives. His Little Brothers know his wife and kids well, and Bill was honoured to attend events like their high school graduations and Devon’s wedding. After so long together, they truly feel like family.

“When the boys got older, it became more like a real brother relationship,” says Bill. “I never had a brother growing up, so I finally got two! I feel that was something I was missing in my life. I really feel as if Shaun and Devon are my brothers now.”

When asked what he’d say to someone thinking about becoming a Big Brother, Bill says, “What I’ve told people is don’t do it because you want to do some charitable work; just do it because it’s really fun. I never saw it as a burden. Because we did stuff I liked – you find stuff they like that you like, too – it was never a problem fitting it in. You’re not a hero for doing it, you do it because it’s fun. You know you’re doing good but it’s just really enjoyable.”

Inspired by what you’ve read about Bill, Shaun and Devon? – No two Big Brother relationships are ever exactly the same, start your journey here https://www.bigbrothersvancouver.com/get-involved/volunteer/ 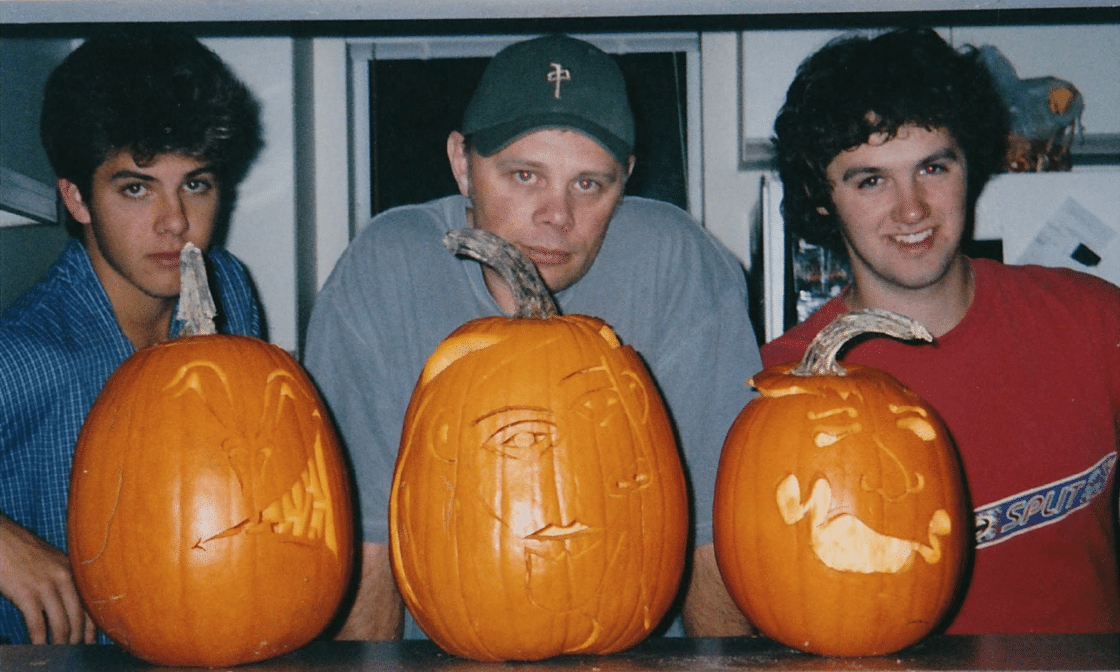